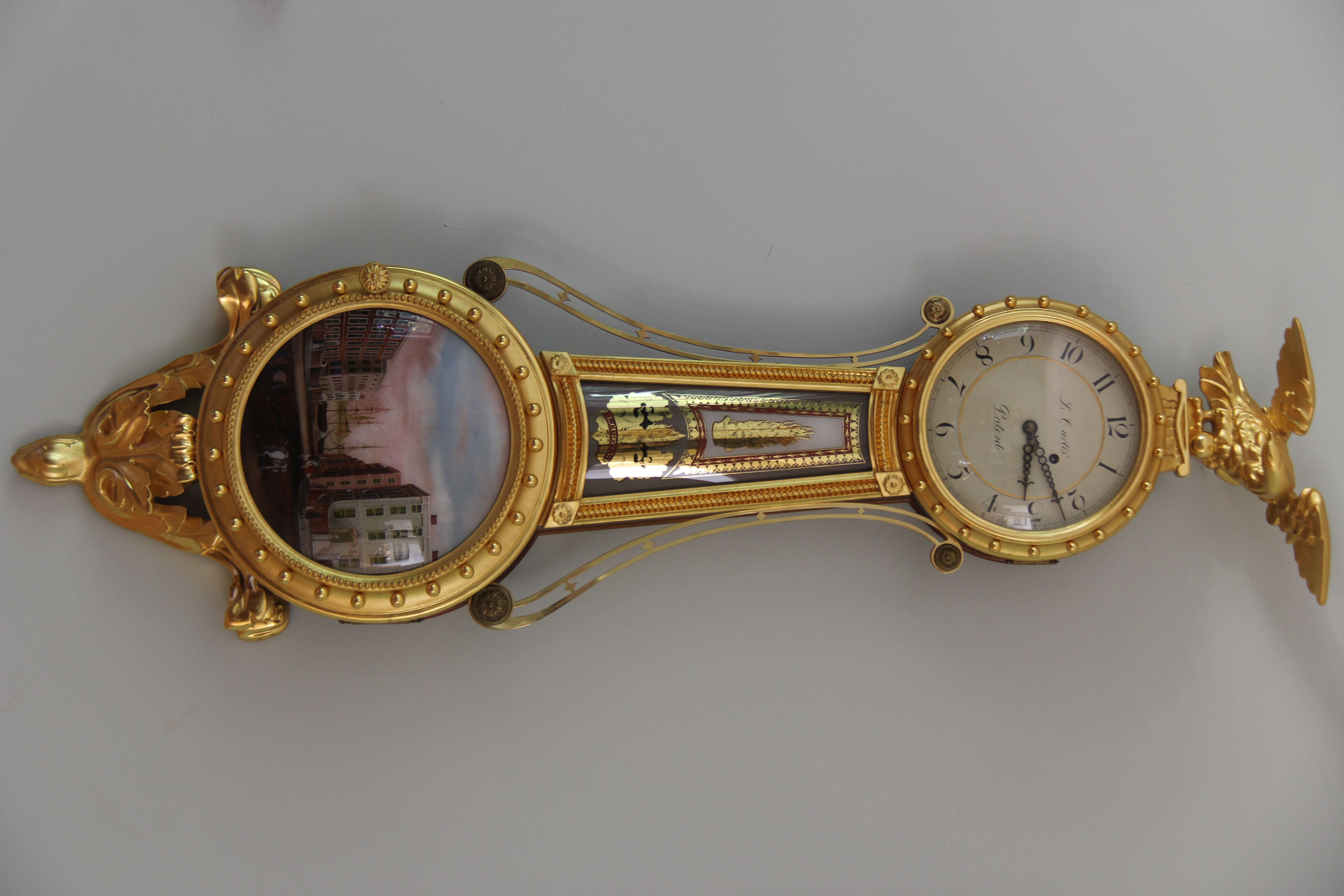 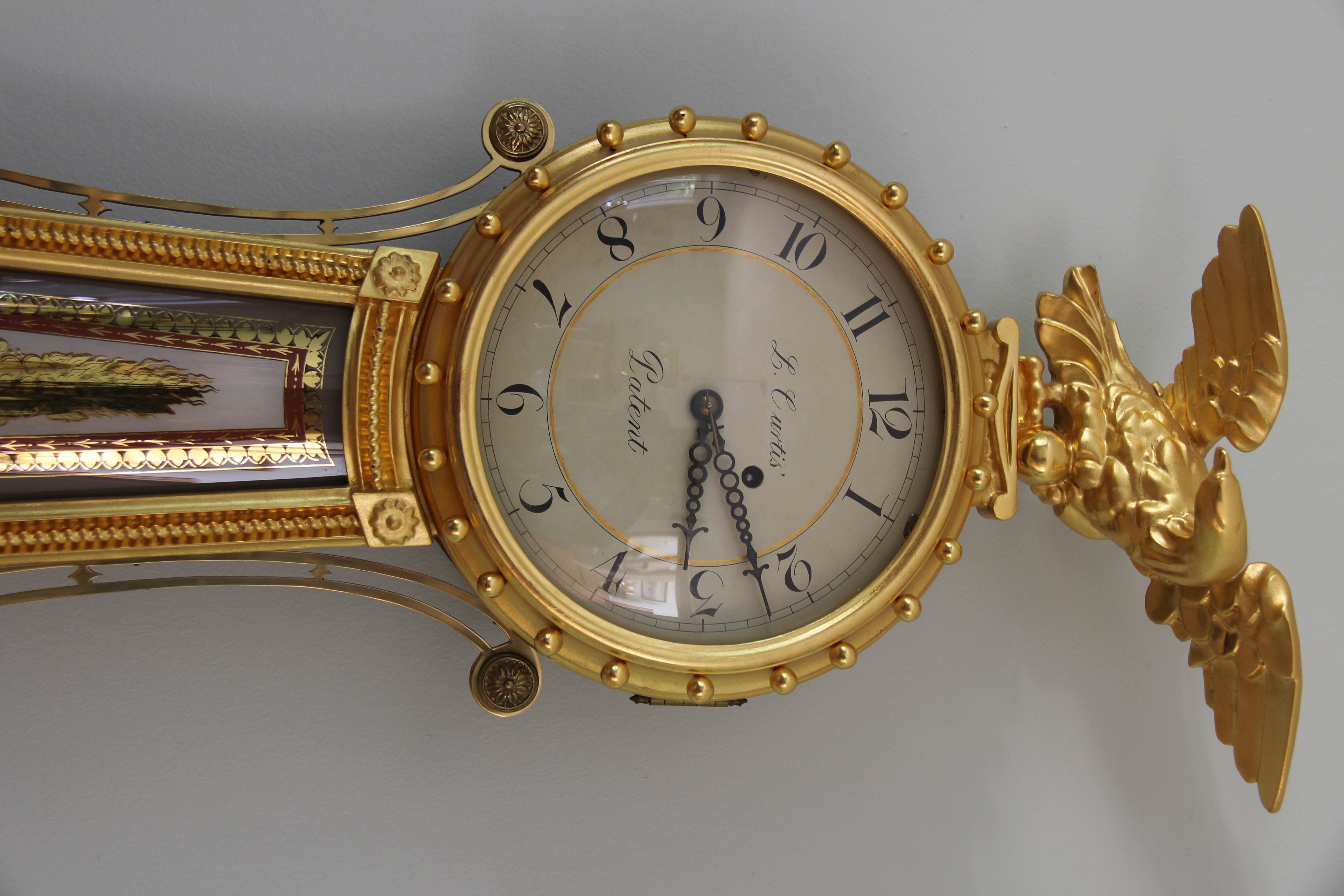 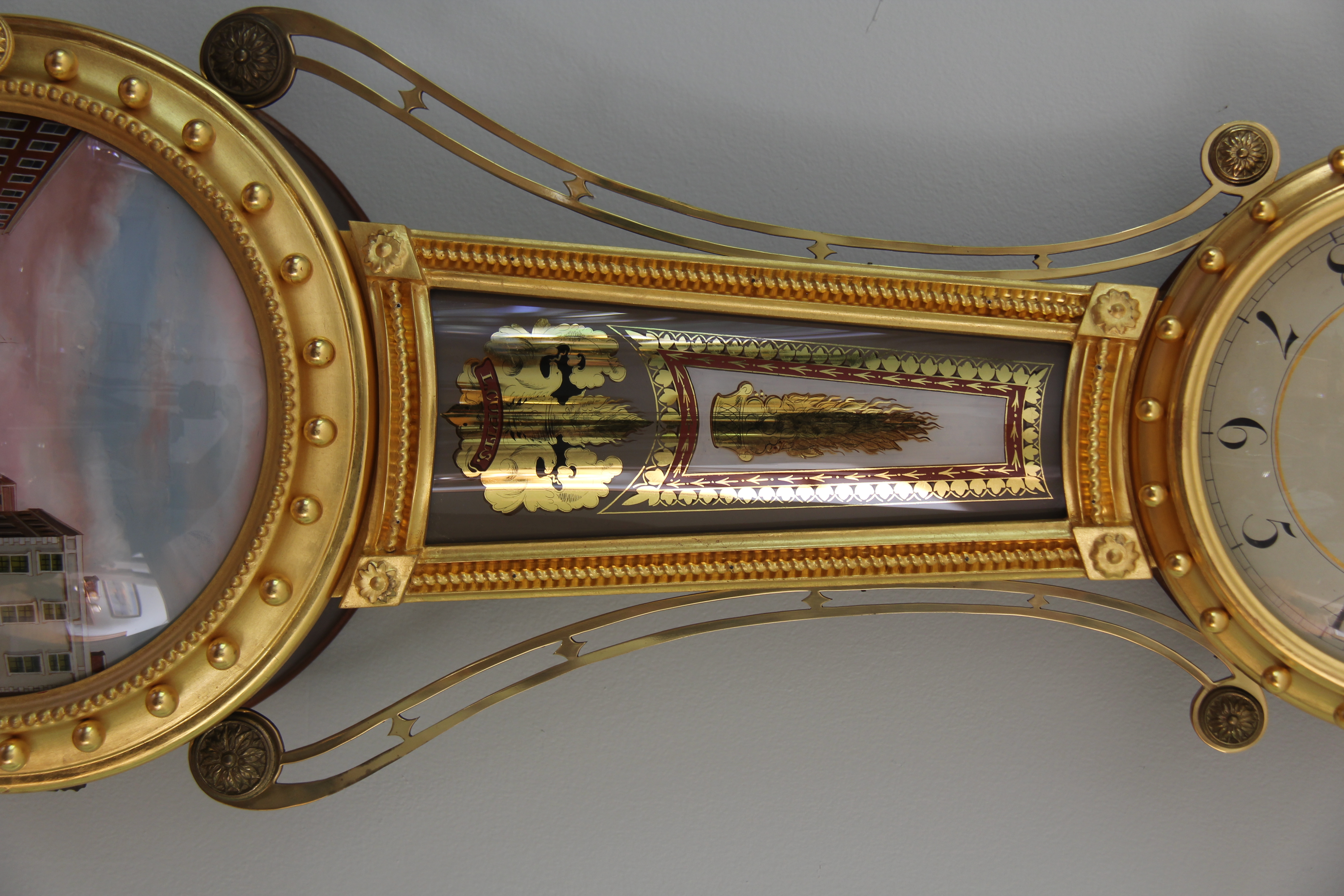 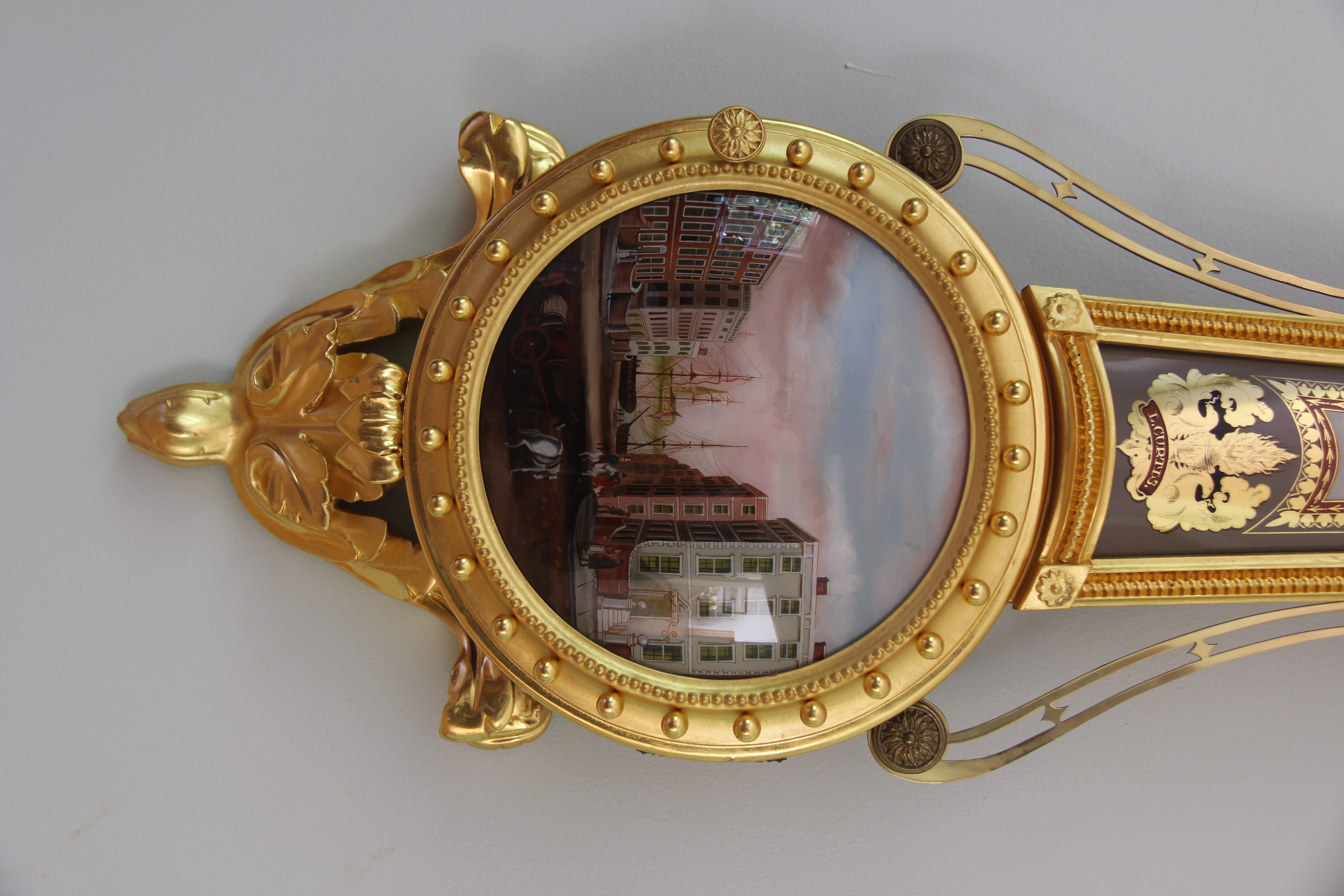 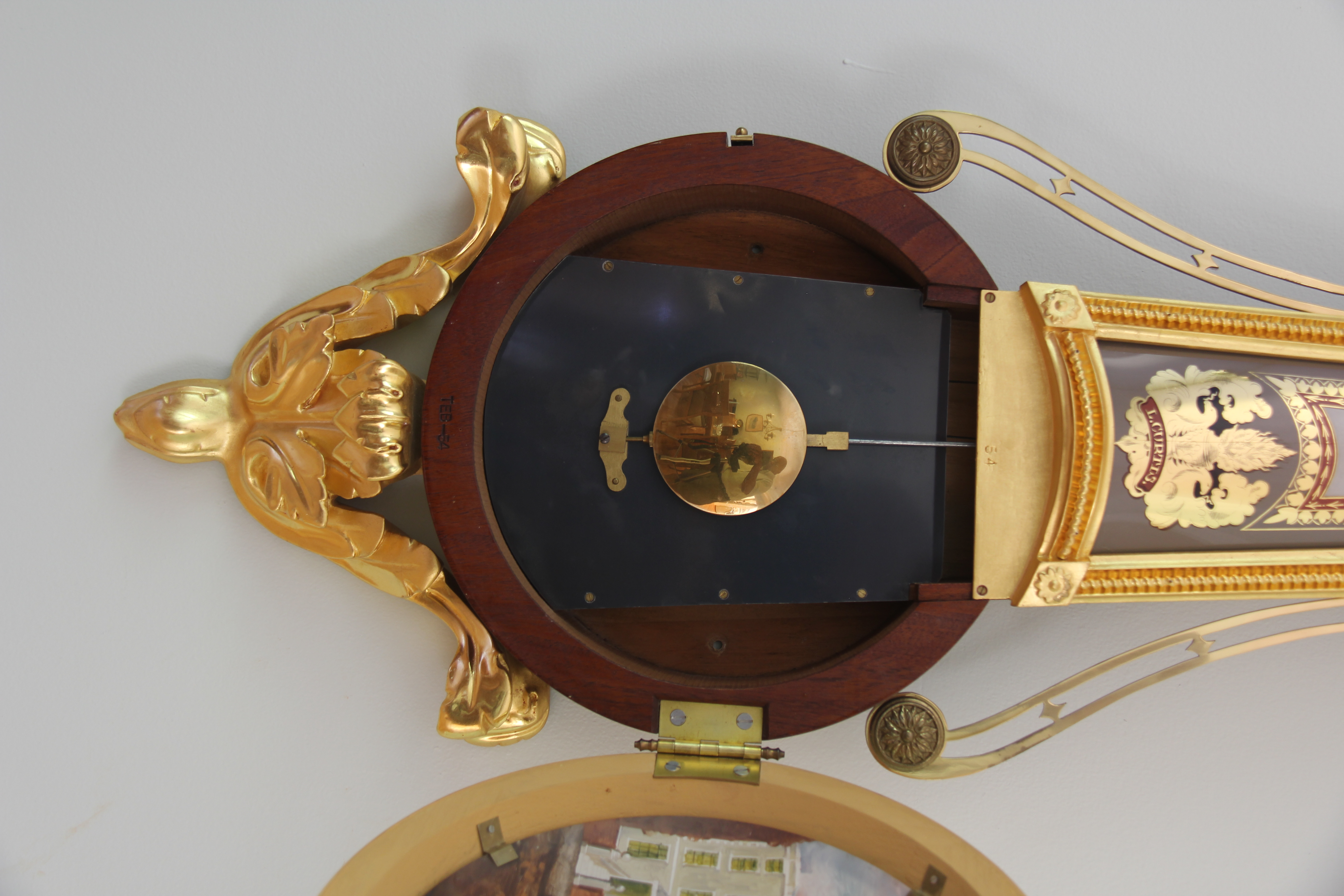 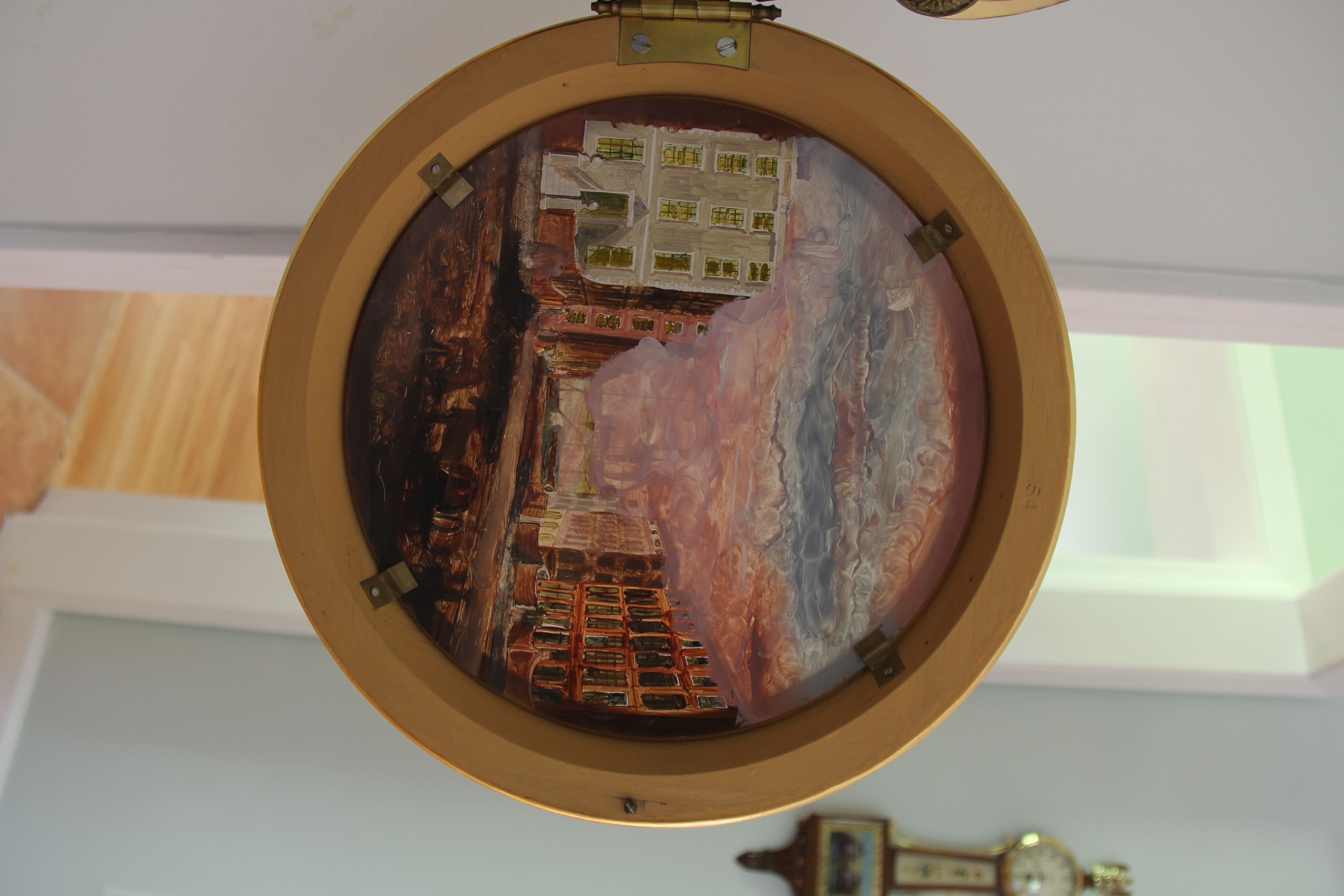 Ted & Fran Burleigh formed the Gilders Workshop in 1972 and in 1973 they had the opportunity to disassemble and measure and then make the plans to replicate an original L. Curtis Girandole. The Girandole case itself is considered by many to be the most elegant American clock design with the finely hand-carved eagle finial and acanthus leaf bracket set off by forty-nine burnished gold trim balls. There were a very limited number of these Girandoles produced by the Gilders Workshop. Short of spending hundreds of thousands for one of the few original Curtis Girandole’s extant this beautiful clock by Ted Burleigh is as close to an affordable original as it gets for the serious collector of fine timepieces. This clock is in exceptional condition in all respects. The clock is number 54. Ca. 1989. The Rowe's Wharf glasses are signed by Fran Burleigh and dated 1988. The original bill of sale and a Gilders Workshop business card signed by Ted Burleigh are included with the clock. The clock is in totally mint original condition. Enjoy!