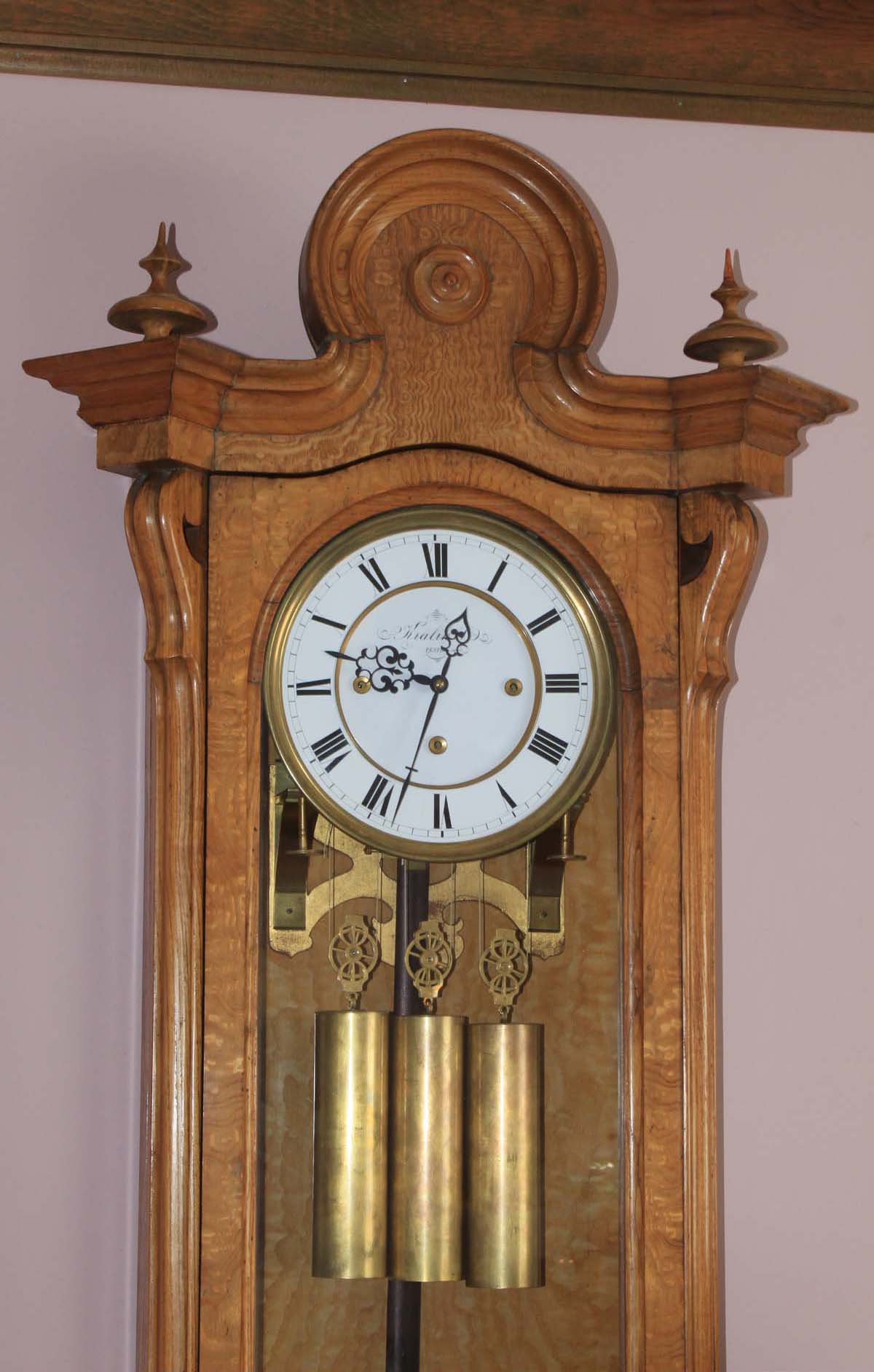 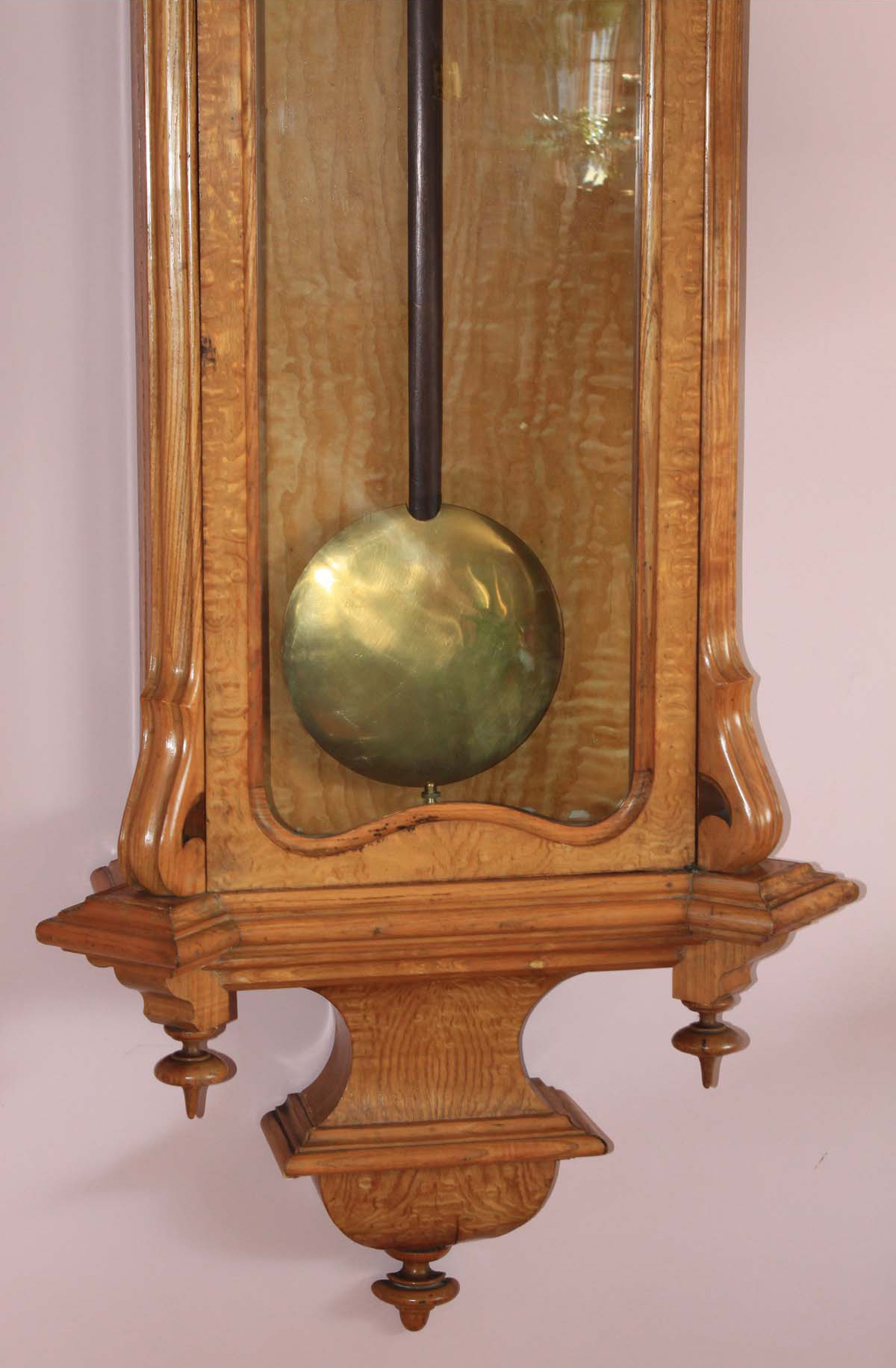 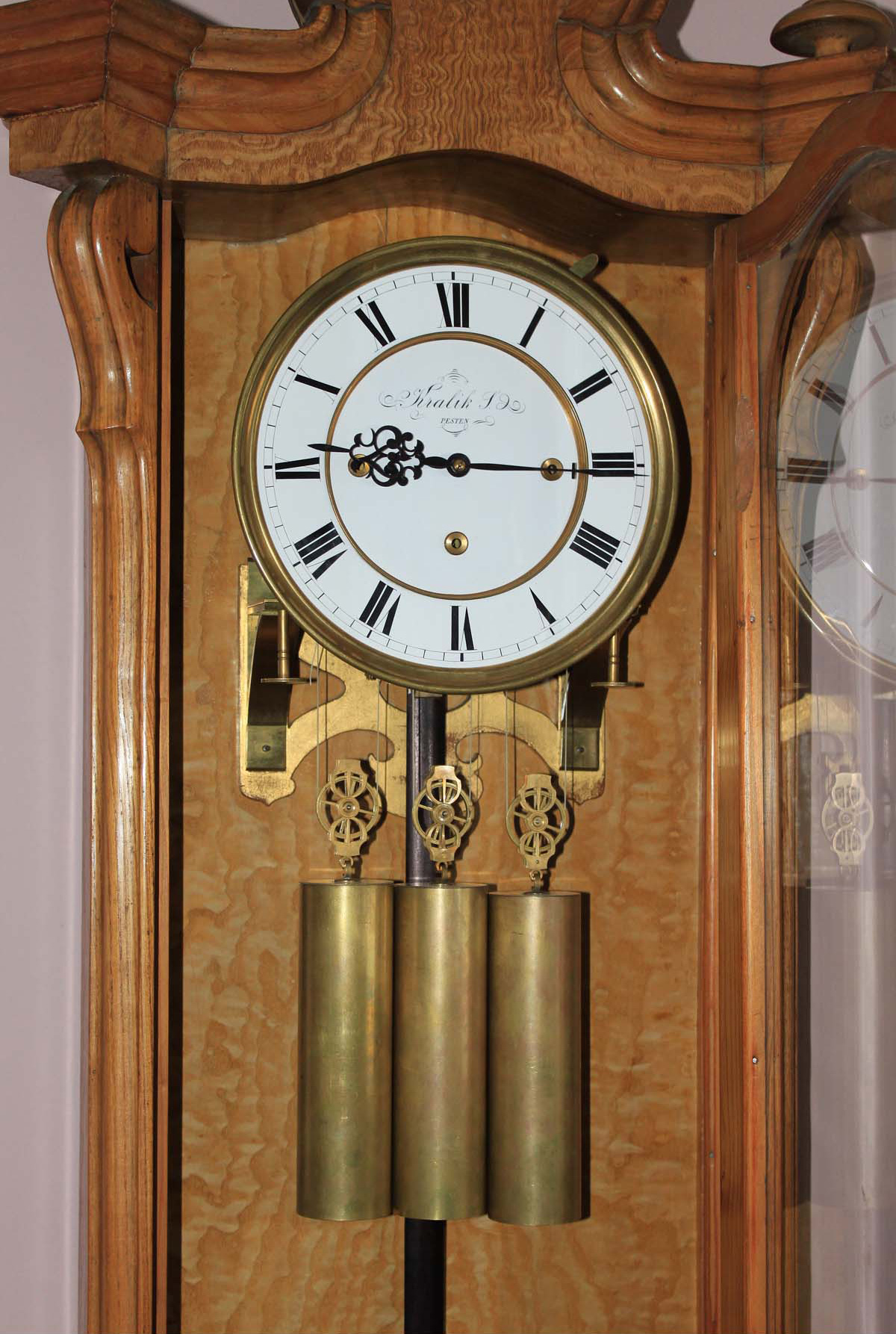 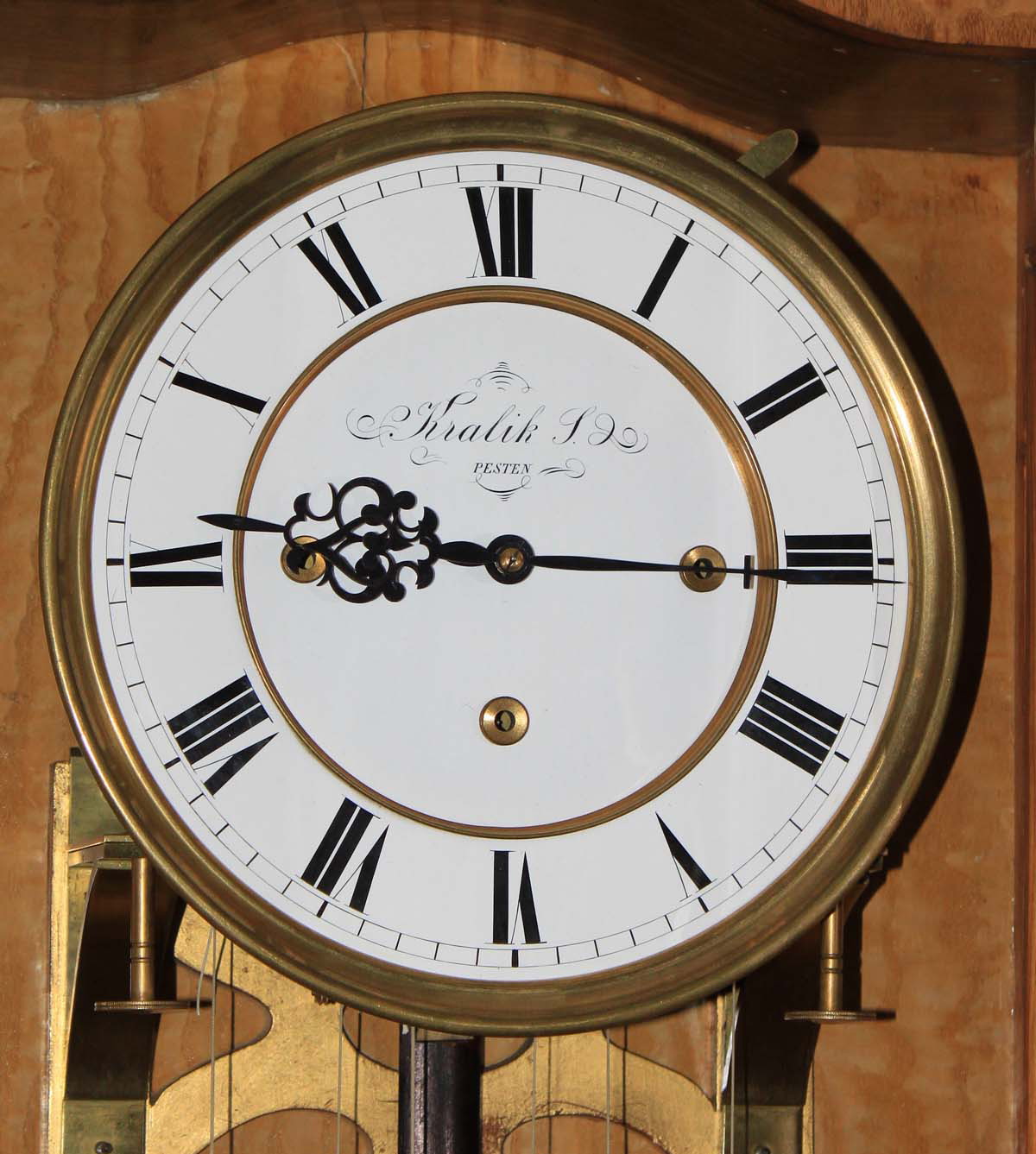 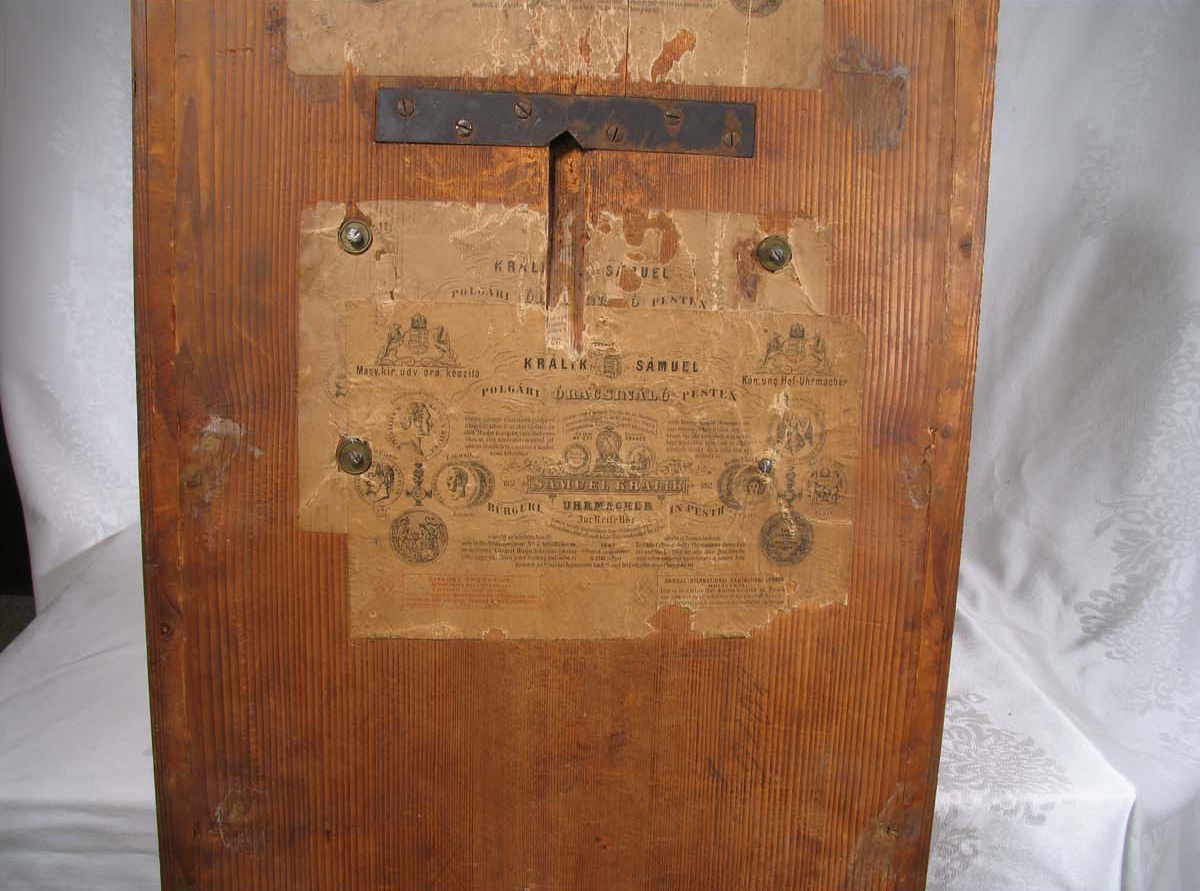 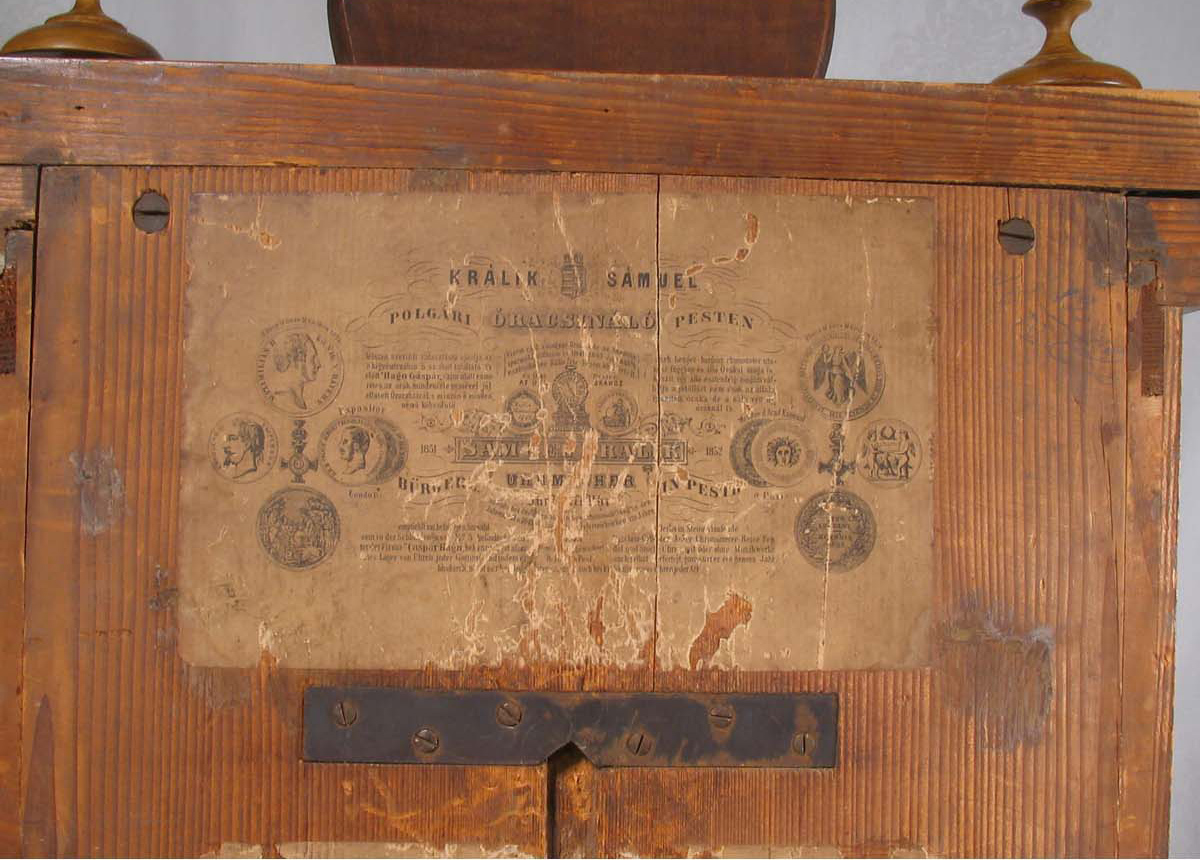 Samuel Kralik Grand Sonnerie Vienna Regulator of 6 Week Duration. Samuel Kralik was born in Besztercebanya (originally Hungary now part of Slovakia) in 1815 and from 1828-1834 he was apprenticed to Lehrling, a Viennese clockmaker. On May 14, 1843 he became a Master Clockmaker and in 1851 was the only Austro-Hungarian clockmaker to be shown at the Great Exhibition st Crystal Palace. In the following year he became a member of the Academic Nationale in Paris. He exhibited in Munich in 1854, London 1862, Kesmet 1872, Vienna 1873, Paris 1878 and Budapest, his home, in 1885. In 1862, at the age of 47, he was appointed Clockmaker to the King of Hungary and some 13 years later he gained a Gold Medal and became Clockmaker to the Austrian Kaiser Franz Joseph I. This ca. 1870 clock is a superb example of his work. The ash case is 71" tall. The perfect 9 1/4" dial is signed Kralik S, Pesten. The back of the case has 2 paper labels with the name Samuel Kralik and much additional information. The superb movement runs and strikes for 6 weeks keeping extremely accurate time. An exceedingly rare long duration striking Vienna regulator.